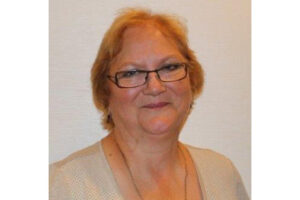 I have been a member of CSGNA since 2001.  I attained my GI Certification in 2008 and successfully recertified in 2013.

I started my nursing career at St Joseph's Healthcare in Hamilton in 1977.  Nearly forty years later I am still at the same hospital. I have a background in General Surgery/ GI and Critical Care Nursing.  I have seen many changes in Endoscopy since coming to the unit in 1992, from handheld scopes to new technologies of ERCP, EUS and EBUS. After nearly 25 years in Endoscopy, I still find new challenges every day and enjoy mentoring new staff.

I have been Golden Horseshoe President from 2011 to 2016.  I have been involved in the planning of many local CSGNA education events and a member of the 2009 Toronto Planning committee.

Committee in and bringing the National Conference to Golden Horseshoe in Niagara Falls.

I look forward to my new challenge on the National Board as Practice Director.

I enjoy getting out of the city for quiet days and campfire nights relaxing by the lake with my family and friends. I am mother of three children and have been blessed to be called Nana by four grandchildren.